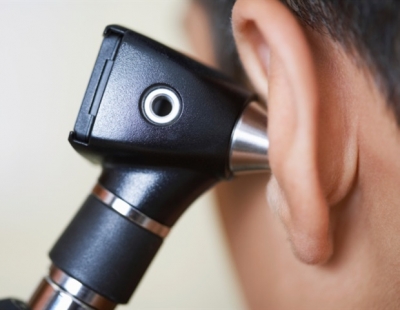 For more than 40 years, scientists and commercial companies have been recreating human skin in laboratories around the world. Yet all of these products lack important aspects of normal skin--hair, nerves, and fat.
Reviewed by Emily Henderson, B.Sc.Jun 5 2020

For more than 40 years, scientists and commercial companies have been recreating human skin in laboratories around the world. Yet all of these products lack important aspects of normal skin--hair, nerves, and fat.

In new research, cultured human skin cells embedded with fat and nerves and capable of growing hair are a reality. The achievement represents more than five years of study that started in the laboratory of Karl Koehler, Ph.D. (then at Indiana University School of Medicine) and completed in Koehler's new laboratory at Boston Children's Hospital in the departments of otolaryngology and communication enhancement and plastic and oral surgery research. The technique appears in a paper published this week in Nature.

"In this latest work, we discovered a way to grow both layers of human skin together," says Koehler, referring to the top and bottom layers of human skin (the epidermis and dermis, respectively). "Those cells talk to each other in a skin organoid culture - or skin in a dish we created - and sprout hair follicles accompanied by fat cells and neurons."

Taking the discovery a step further, the team transplanted the human hairy skin into mice. The mice eventually sprouted human hair follicles at the site of transplantation. Potential applications include testing cosmetics, drugs, and burn treatments.

Skin in a dish models are not new. And like many, Koehler and his colleagues thought that the challenge of growing fully functional, hairy skin cells, had long been solved. Skin cells are some of the first cells to have been grown in cultures outside of the body and incubator.

But the skin that people make in a dish never has mini organs or appendages, like hair follicles or sweat glands, embedded in the skin. These mini organs are important for heat regulation, touch sensation, and appearance.

In 2018, the team published a paper showing they could generate hairy skin from mouse stem cells. To create human hairy skin cells, the team started with human induced pluripotent stem cells, which are human adult skin cells that are coaxed back to an embryonic form.

"So we applied a cocktail of growth factors and small molecules, kind of a cooking recipe for human pluripotent stem cells," says Koehler.

The team first noticed co-development of skin epidermis and the dermis. The interaction and signaling between the two tissue layers led to budding of hair follicles at 70 days, which lines up well with the timing of hair development in the human fetus.

In addition to growing hair, the organoids produce fat and muscle-like cells of the skin, as well as, nerves similar to those that mediate touch sensation.

The fat is an unsung hero of the skin and recent studies suggest it plays a critical role in wound healing."

Jiyoon Lee, PhD, first-author on the paper and research associate in the department of otolaryngology at Boston Children's Hospital

The organoids also produce Merkel cells, specialized touch responsive cells of the skin that have also been implicated in diseases such as Merkel cell carcinoma. "The inclusion of these other cell types likely expands the potential uses of the skin organoid model to research on sensory disorders and cancer," she adds.

To see if the technique worked in a living animal, the team cultured the organoids for over four months and then implanted them on the back of mice specially developed not to reject the grafts. "We noticed that within a month, tiny brown hairs sprang up from the transplant site," explains Lee. "This showed us, amazingly, that pigment cells also developed in the organoids."

They compared the transplanted skin with adult human skin samples observing several unique features of human skin in the transplants. One includes 'rete ridges' or valleys in the wavy pattern of human epidermis that helps anchor it into skin membranes. And, the transplanted hair developed elaborate sebaceous glands that produced sebum, the natural oil that lubricates human skin.

An unexpected and fortuitous discovery

This new discovery is literally an outgrowth of work Koehler began at Indiana University when working on a system of recapitulating the inner ear. His goal at the time was to create cells that sense auditory stimuli - sound - to model hearing loss disorders and test gene therapies for hearing loss and balance disorders.

There, he manipulated human induced pluripotent stem cells with the same cocktail of chemicals and proteins used during normal embryonic development guiding them to become inner ear structures.

In the production of this technique, as the inner ear cells were budding during early development, the team found that skin tissue formed as a byproduct.

"This was surprising and we initially tried to get rid of the skin tissue, thinking it was a pesky off-target tissue, like a weed in a garden," recalls Koehler. "Once we saw the scientific value of growing hairy skin in dish, we switched tactics, trying to eliminate the inner ear organoids in favor of growing skin."

In their purification attempts, they discovered that the skin tissue contained both layers of skin, epidermis and dermis. In culture, the skin formed outgrowing hair follicles.

A proof of concept

Translating any mouse study into humans is a long road. "But we think we have developed a proof of concept showing that the cells integrate into skin and form outgrowing hair follicles," says Koehler.

The team hopes that in the long term, they can use the technology to seed wound beds with cultured skin to reconstruct skin, such as in the case of extensive burns or scars.

And while it might be tempting to think of the approach as a "cure" for baldness, Koehler cautions that many challenges lay ahead. "We now have a technique that could generate nearly unlimited hair follicles for transplantation" he says. "But immune rejection is a major hurdle and generating follicles tailored to an individual will be incredibly costly and take a year or more." To meet these challenges, the team is working on ways to accelerate development in a dish, engineer organoids to evade immune detection, or produce similar skin organoids from adult patient-derived cells.